Four scenarios on the future of the United Nations

Elaborate preparations are underway for the 75th anniversary of the UN on October 24 2020. It is now one of the oldest international organizations ever created, having lasted so far about three times longer than its predecessor the League of Nations.

Scenario thinking enables us to get out of our comfort zones and to think more broadly about an issue. Scenarios are about “possible” futures. They are not predictions or what one would prefer to see. Here are four scenarios on how the UN could evolve. They are derived from my 2003 book on scenarios of global governance titled “Global Order and Global Disorder”.

In this scenario national governments remain in control of their destiny and they are unwilling to work together on common problems. This means that despite all the talk of global governance, the basic nation-state structure will remain; it may have its problems but it is the best of the options. National sovereignty is here to stay because governments are unwilling to surrender it.

The UN will be around to help pick up the pieces but otherwise politicians will not expect it to do too much. They will continue to starve it of financial resources. Disneyland for example has more employees than the UN Secretary-General.

In this scenario national governments, while they remain in control of their destiny, are willing to work together through the UN on common problems, and this evolves gradually into some form of global governance. This scenario is based on there being no purely national solutions to transnational problems, and so governments have to work together through some form of global governance to solve common problems.

Just how the world evolves to a different form of governance is not yet clear; there are three ways of trying to get countries united:

Federalist approach: the deliberate decision by national governments to transfer certain powers (such as maintaining armed forces) to a UN/ world government while retaining other powers (such as establishing laws concerning ownership of property) for themselves.

Functionalist approach: the creation of more global agencies (such as the World Health Organisation) to handle a particular function (such as health) because experts can co-operate in a less politically-charged environment, and eventually the globe will be covered by a network of such agencies operating under the UN.

Populist Approach: the creation of a grass-roots people’s movement to establish a democratic world government directly responsible to the people of the world, and in the meantime to generate ideas for world government and a groundswell in favour of it, such as the campaign for a UN Parliamentary Assembly.

In this scenario national governments lose control over their countries and transnational corporations fill the vacuum.

With the decline of the UN and the nation-state system, the only organizations capable of driving the pace of change are transnational corporations, which then knit the world together into one market as they fill the UN and governmental vacuum.

With money as the measure of all things, national identity ceases to be such a major issue (except where it can be commodified, as in corporations manufacturing support for sporting teams); people are principally consumers or aspiring consumers rather than patriotic citizens.

In this scenario national governments lose control over their countries, the UN cannot fill the governance vacuum, and transnational corporations do not want to do so. There is increasing chaos.

This is the “nightmare” scenario, in which nation-states fall apart, there is an increase in “failed states”, mass movements of peoples, and increased environmental and health problems, and climate disaster.

The previous scenarios are all too optimistic; they have focussed too much on order, rather than disorder. Under this scenario each country will have to do the best that it can with what it has because it will not be able to rely on anyone else for assistance.

The current situation is “business as usual” but there are signs of “wild state” emerging. These include: rise of nationalist politicians and policies, a reluctance to work together on common problems (such as climate change), a collective forgetting of the conditions that led up to World War II (such as xenophobia and trade wars), and a withdrawal at the personal level into self-indulgent and self-absorbed concerns by people preferring to ignore global issues and instead are absorbed by sport and entertainment.

The UN’s 75 anniversary will be a good opportunity to discuss the UN’s importance. The four scenarios help provide the big picture on the UN’s future, a warning of what could happen if the UN does not flourish, and an encouragement to think about the unthinkable. Whatever your cause, it is a lost cause if the UN cannot function fully. 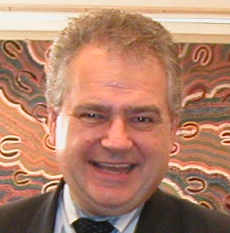